What are the best strategies to implement REST API versioning? URI and Media Type-Header Versioning Strategies and Examples

When considering REST API Versioning strategy , there are few different options available such as REST api URI versioning or Media Type Header versioning.
As our Restful web services application grows and the need for API upgrades or feature enhancement becomes necessary, we tend to think about creating new versions of APIs. Versioning of REST APIs is an important task and there should be a thorough analysis before adopting a particular strategy. Here we discuss some important strategies to consider while considering the release of new versions of existing REST webservice APIs.

As mentioned by Brandon Byars on Martin Fowler Blog Use versioning only as a last resort.

But as mentioned in the article, this usually leads to classic diamond dependency problem with large projects with multiple teams working in parallel. Following the Robustness principle, (“Be conservative in what you send, be liberal in what you accept”) is one way to avoid API versioning to a great extent. But this may not be achievable always.

HATEOAS and The API Contracts with Clients.

When we discussed HATEOAS and Hypermedia Aware Services And Clients we discussed why Media Types are part of the contract. As outlined by Roy Fielding,

So apart from the initial URI or bookmark, the contract is entirely driven by the defined media types and the selection of server provided choices. In the below article we discuss how the Hypermedia acts as the engine of the application state.
HATEOAS and Hypermedia Aware Services And Clients.

Before we start on API versioning, it is always good to consider the Semantic Versioning.

Semantic versioning is a simple scheme to add much useful meaning to MAJOR.MINOR.PATCH portions of a version, including incrementing the MAJOR version for breaking changes.
Given a version number MAJOR.MINOR.PATCH, increment the:

There are two popular strategies for versioning Rest APIs and Services.

The main flaw asociated with this approach is that when hyperlinked service upgrades to a new version, coordinating upgrades across all the dependencies may become complex.
In general keeping API version in URL would disrupt the concept of HATEOAS. Resource URIs that API that are exposed to should be permalinks. That indicates that API versions should not be kept in resource URIs for a long time.
For example, you have the initial service “/v1/account” and after a period of time you created a version “/v2/account”. Now the version “v2” is the latest version of the API. API cosumers and clients who still point to the old API should be informed to use the latest previous API version. To handle this particular case, accessing the old “v1” API should retrun appropriate HTTP response to the clients.
We have the following options:

HTTP header versioning adds information into the HTTP header indicating which version the consumer will accept. This is most commonly associated with meida Content-Type. The REST API would make use of custom vendor MIME media types. For example instead of generic media types such as application/json these media types are going to be versioned.
See the example below

Where, enctype can be,

In General as a good practice, give advanced notice of deprecation to all stakeholders by providing updated specification documents and other mechanisms.

Design Considerations: When Should We Use JSON instead of XML as Data-interchange Format? 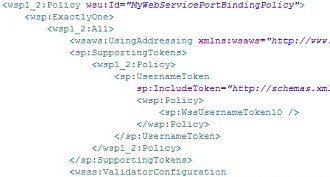 JAX-WS Secure Web Services with Signatures and Encryption: WS-Security with Metro and WSIT